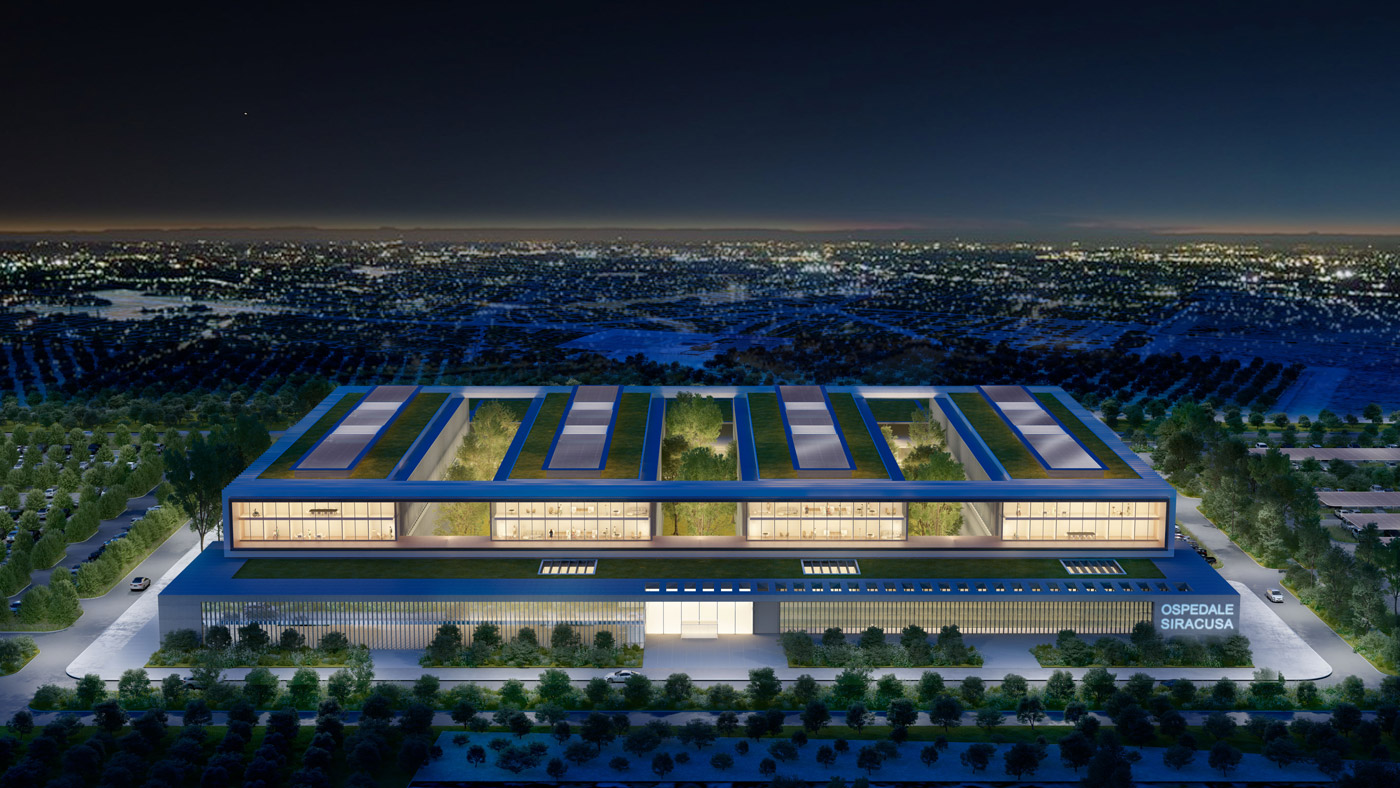 A total area of ​​176,000 square meters, over 65,000 square meters of wards, operating theaters and laboratories, 425 beds and 10 hectares of urban green. These are the numbers of the project for the new hospital in Syracuse, presented this morning in the presence of the President of the Region, Nello Musumeci, the Councilor for Health, Ruggero Razza, the Extraordinary Commissioner Prefect Giusi Scaduto, the Director General of the ASP Syracuse, Salvatore Ficarra.

A 200 million euro structure that will be a second level Goddess. Winning the competition for ideas was the business association Studio Plicchi Srl (agent), De La Hoz Aquitectos-Ava Aquitectura Tècnica Y Gestiòn Sl, Milan Ingegneria Srl, Areatecnica Srl, Sering Ingegneria Srl. “I would like to underline the choral action of all the institutional actors, at national, regional and local level to achieve this result, a dream that is about to become reality “said the prefect Scaduto. The preliminary project of the new hospital must be submitted within 75 days of the award, followed by the definitive one within 120 days of the approval of the preliminary. Finally, the executive project within 60 days from the approval of the final. Also present was the national parliamentarian Stefania Prestigiacomo who wanted the amendment that allowed the work to be built with an extraordinary commissioner such as the Morandi bridge in Genoa.